As Mobile Screen Size Increases... So Does Activity

Smartphones are always with us and (as a result) used all the time. But time spent on our mobile screens doesn't just increase with portability, it grows with screen size as well.

Turns out the opposite is true as well. As screen size increases, so does people's activity on the device... to a point. Looking at Android data usage, bigger screens mean more Web browsing, social networking, and communicating up until about 6". 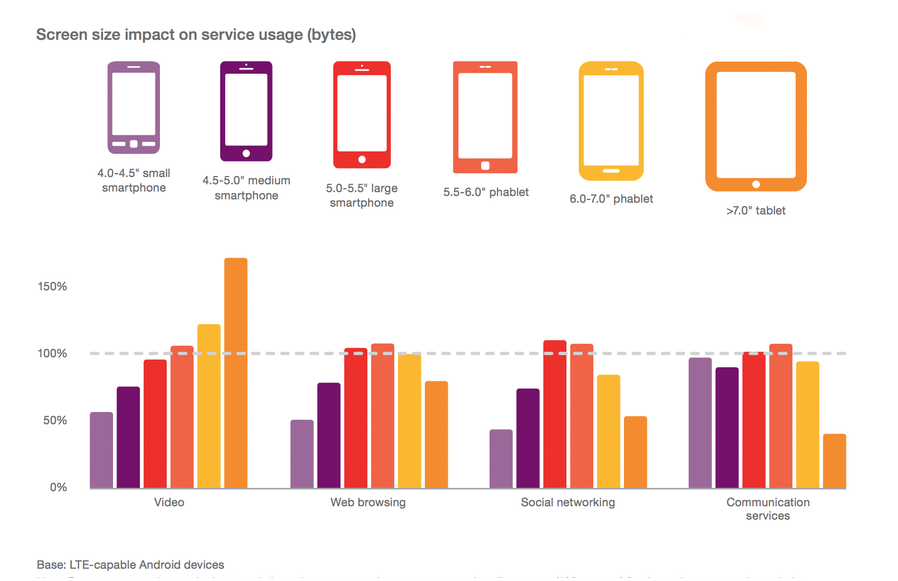 One reason for this increased activity may be that bigger smartphones are now the norm. It took 5 years for the average smartphone to go from 3" to 4" but only 2 more years to get to 5" (by the end of 2014). 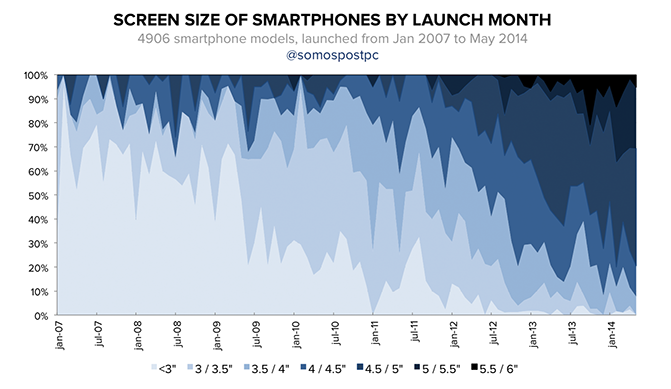 In other words: the bigger your portable screen, the more you're going to use it.

Home Home "[the design process] is about designing and prototyping and making. When you separate those, I think the final result suffers." —Jonathan Ive, March, 2012