Why Care About Touch Interfaces?

Wondering if you should take the time to ensure your Web application provides a good experience on touch-based devices?

Touch is currently growing 3X (units) to 10X (revenue) faster than the display industry. For evidence, look no further than Nokia. In 2009, over 1.1 billion consumers owned a Nokia device. In 2010, the company projects over half their smart phones will have touch interfaces. 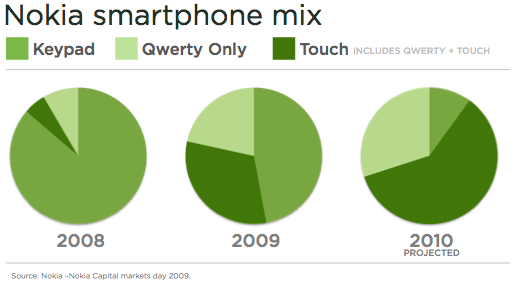 Sounds like a pretty good reason to care. If you do care and want to design for touch, check out the Touch Gesture Reference Guide to get going.