The veil was lifted this morning on Apple’s latest product (and product category). So here are a few thoughts from me about the iPad.

The iPad is not a laptop nor is it a smart phone. It is a couch device, a bedroom device (don't read that the wrong way), and a kitchen device (swivel it to cook from a recipe you find online). In all these places, a laptop always felt wrong. The iPad is optimized for media consumption: surfing the Web, reading blogs/news/books, watching TV shows, playing casual games, listening to music, managing personal productivity (calendar, contacts) and looking at photos. Expecting it to provide the creation capabilities of a laptop is the wrong frame of reference.

Instead think of it a digital version of your leisure time activities –reading, chatting, light gaming, surfing, etc. The majority of these are consumption oriented –not creation oriented.

I suspect Apple tried to drill this point home by having all their keynote presenters sit in a big comfy chair while using the iPad. Steve Jobs himself spent over five minutes of the keynote just browsing the Web with it.

Now some might note that the modern Web is as much about creation as it is about consumption and that people are no longer just consumers of media –they are participants in the conversation. While this is increasingly true, the vast majority of time spent online is still focused on consumption. And a lot of creation remains lightweight (commenting, rating, status updates) –which the iPad easily supports.

So what about the inclusion of productivity tools like iWork (word pressing, presentations, spreadsheets) in the iPad release? I suspect a primary driver for that may be the college student market. The iPad can hold all their textbooks and communication tools but also supports getting things done with a set of office tools.

Apple redesigned all their core applications for the iPad. I really like the transition these applications have made from desktop to iphone to ipad. It’s interesting to see how the form factor influences the interface design and how these commonplace apps seem to get more refined each time they are redesigned. 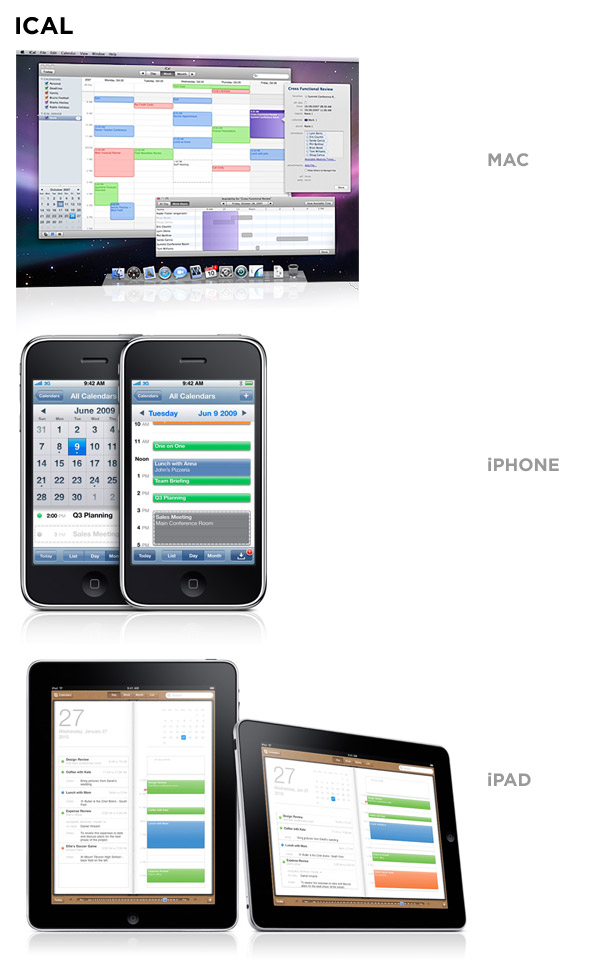 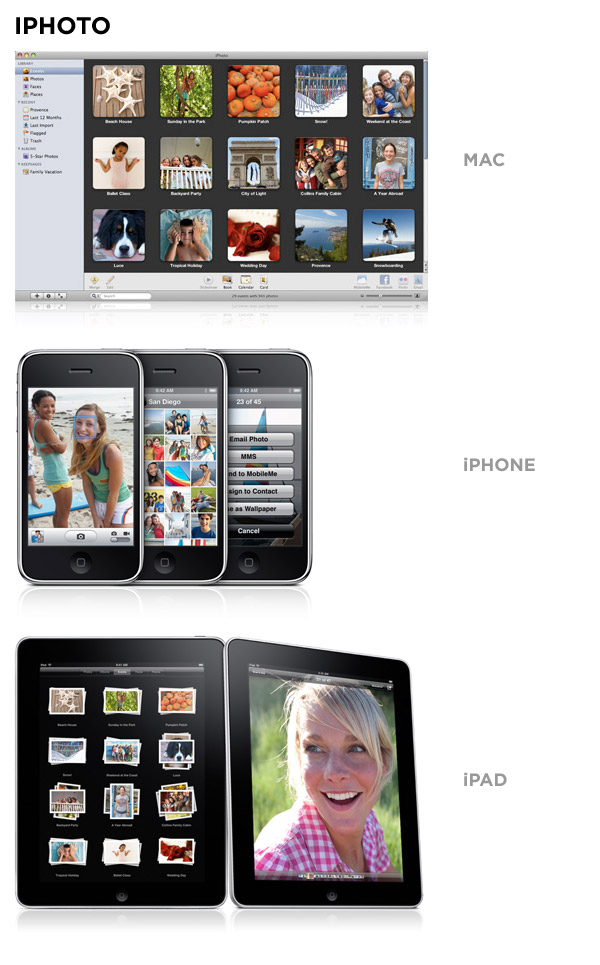 The iPad features a 9.7 inch (diagonal) very responsive and precise capacitive multi-touch screen. Yet the device’s interface appears to only utilize multi-touch gestures for pinching and expanding UI elements and the virtual keyboard. None of the potential multi-finger gestures Apple has spent a lot of time exploring were demoed.

In fact, Steve Jobs stressed many times during the keynote that over 75 million people (iPhone and iPod touch owners) already knew how to use the iPad. So it seems the company opted for UI consistency and an easy on-ramp for existing customers over new gestures and interaction models.

As suggested in several Apple patents, many of the iPad’s user interface controls are accessed as “floating” multi-touch panels that sit on top of content and applications. Each of these contextual panels seem to have a visible trigger present on screen that hides and shows the appropriate controls. 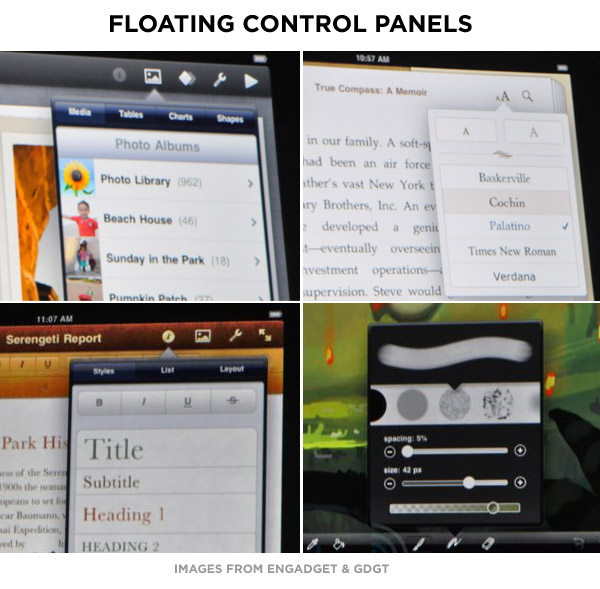 The New York Times showed off a newspaper reader application that mimicked the physical paper’s format but utilized multi-touch gestures to zoom into and out of content and playback video inline. This is an early example of the rich media experiences a large screen multi-touch device can enable, but there’s much more that can be done. 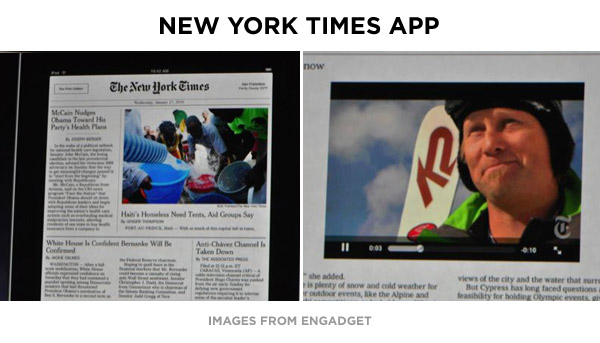 While it’s unlikely to get a lot of attention, the iPad case looks like a model of multi-purpose design. It not only protects the screen but swivels so the tablet can stand on its own and folds under the device to prop it up for easier typing. 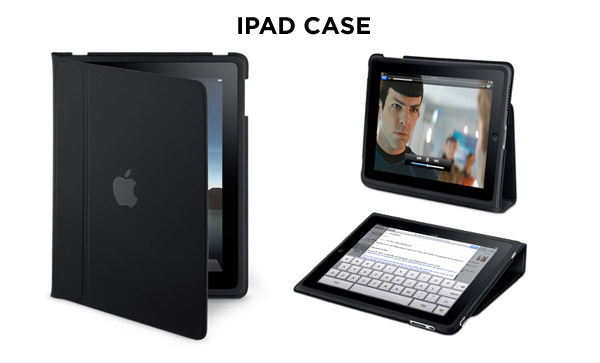 iTunes, App Store, and iBooks is Becoming a Mess

Home Home "We say no to a lot of things so we can invest an incredible amount of care on [what we do]." —Jonathan Ive, July, 2012