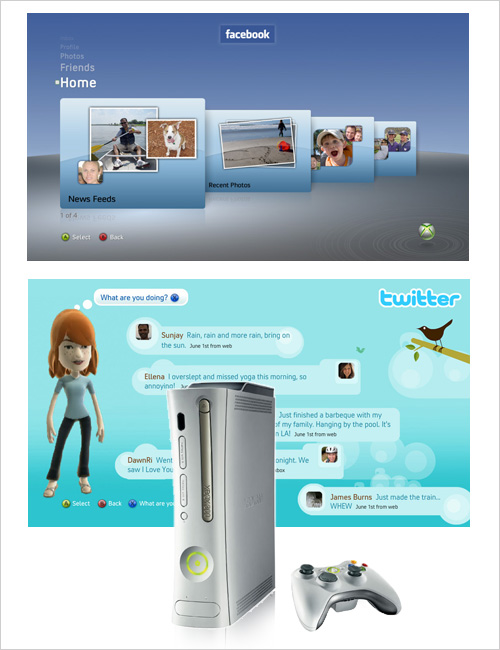 Twitter and Facebook will be added to the Xbox 360's list of web services. Microsoft's Facebook implementation on the Xbox 360 looks to offer much of what's available via a regular web browser: status updates, photo sharing, email and more. The interface follows the established New Xbox Experience format, with Avatars integrated into profile and news feed menus. What's new is the option to save screen shots from Xbox 360 games, then let players upload those game moments via Facebook Connect to show off online. The first game to support that option will be EA Sport's Tiger Woods PGA Tour 10. 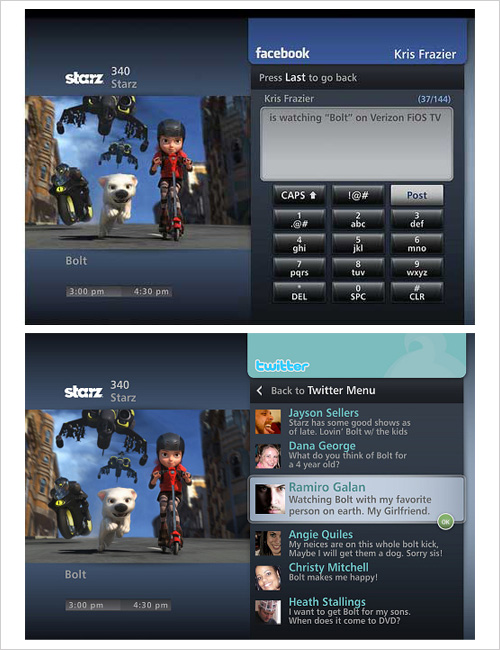 Verizon's Fios TV service has a total of 2.5 million subscribers. 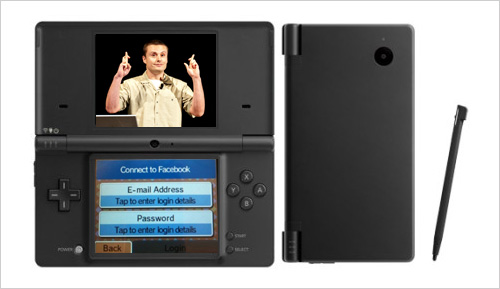 Nintendo announced Facebook Connect integration which allows people to share photos from their Nintendo DSi. Photos stored in the system’s camera album can be shared on the user’s Facebook profile by simply tapping on the Facebook icon. Previously, the only way to move photos from the DSi to another platform was by copying them to an SD card, this application capitalizes on the handheld's Wi-Fi connectivity. -DSi's Facebook Experience

Home Home "Beauty and brains, pleasure and usability — they should go hand in hand." —Donald Norman, 2003