“We're turning to aluminum and glass” Steve Jobs told the crowd. Jobs was referring to the new iMac design released this past August. But the aesthetic of aluminum and glass has not only permeated Apple’s most recent hardware products, it’s become an integral part of the company’s user interface design as well. 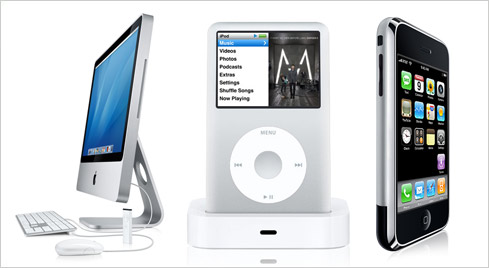 iPhones, iPods, iMacs, Mac Pros, MacBooks, Apple TV, and more incorporate the aesthetic of aluminum’s smooth sheen and glass’s reflective surface. If Apple’s aesthetic integration ended there it would be impressive enough. Very few consumer electronic or computer manufacturers have that level of cohesion between their product offerings. 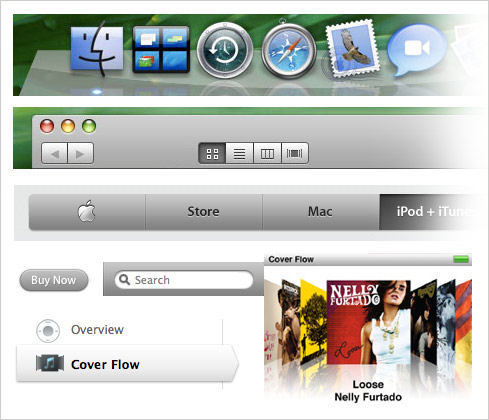 However, Apple has taken it a step further and the same aesthetic qualities that are starting to define their physical products are becoming pervasive in their software as well. Consider the recent redesign of Apple.com, the updated iLife and iWork product suites, and the upcoming operating system update, Leopard.

This is a level of aesthetic cohesion that even Apple had not been able to achieve in the past.

Home Home "Problems with visual design can turn users off so quickly that they never discover all the smart choices you made with navigation or interaction design." —Jesse James Garrett, 2002