The small screen real estate of mobile devices, often has designers and marketers pine-ing for the branding opportunities that large screens enable. But there's actually lots of interesting ways to re-enforce a brand on smaller screens as well. As this touch gesture example illustrates.

It's becoming quite common to find "pull to refresh" features on touch-based mobile devices. That is, to load new content, you simply need to drag a list down with your finger to trigger a refresh action. 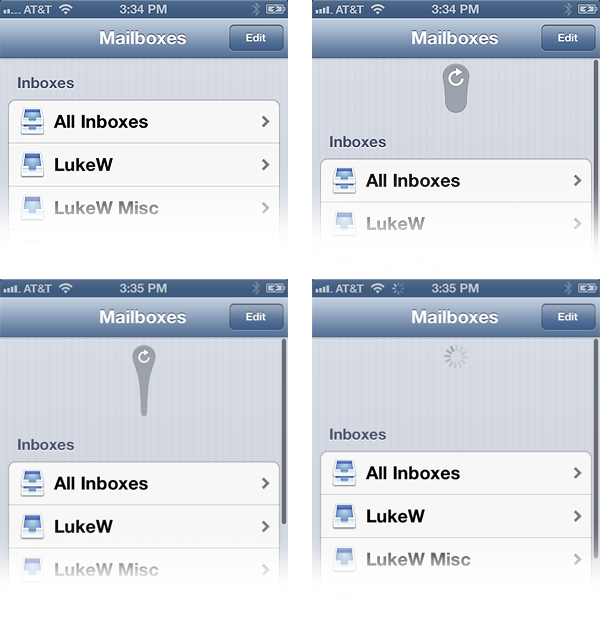 As you do, not only does the content in the list update but a lot of new screen space gets revealed that was previously off screen. Screen space that often goes unused. But it could be used to reinforce a visual identity or brand, which is what we did with the pull to refresh feature on the Polar app. 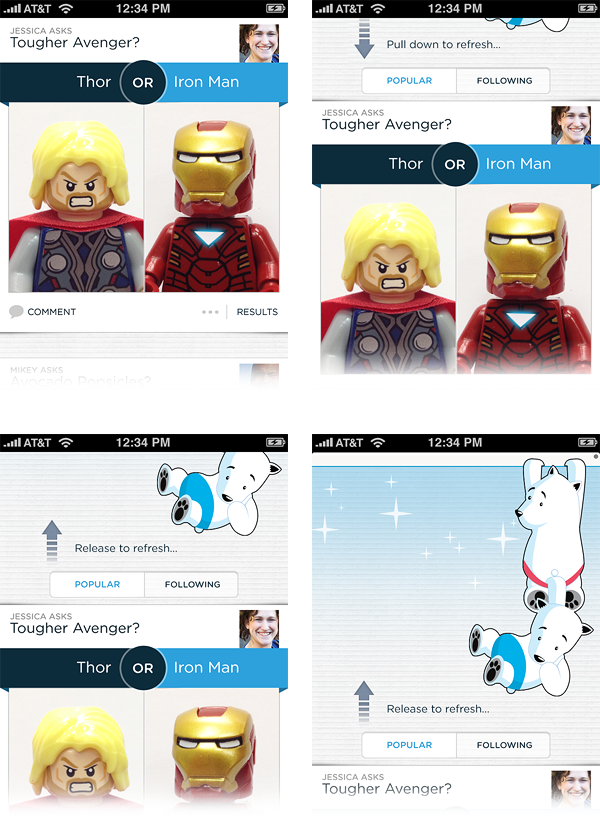 As you pull down to refresh a list in the app, a bit of artwork is revealed. If you keep pulling, more and more of the art is made visible until you see the complete picture. This little feature does a few interesting things for us:

So far this little detail has been helping us realize the benefits above. But there's more we could do like adding animation or switching between multiple images. Hopefully in the next release of the app...

Home Home "I’ve been amazed at how often those outside the discipline of design assume that what designers do is decoration. Good design is problem solving." —Jeffery Veen, 2000