Netflix's video streaming service is currently available on mobiles, TVs, tablets, desktop computers, and more. After working through the design of their product on these different platforms, Netflix has started taking the lessons they learned on one platform and applying it to others. For example "making content the user interface" (UI) is a lesson learned on TV that's now being applied to the laptop/desktop experience.

In a typical graphical user interface (GUI) people can see and interact with representations of documents, applications, and more. When using a GUI, you are manipulating a set of icons, tool panels, and interface components in order to change content. So when using GUIs people spend a lot of time interacting with and mastering windows, scroll bars, buttons, and more in order to get things done.

GUIs are currently the dominant interface paradigm of desktop and laptop computers. The Netflix experience on laptops and desktops reflects that. A list of movies on the Netflix Web site includes titles (links), play and add actions (buttons), star ratings (input fields), and more. 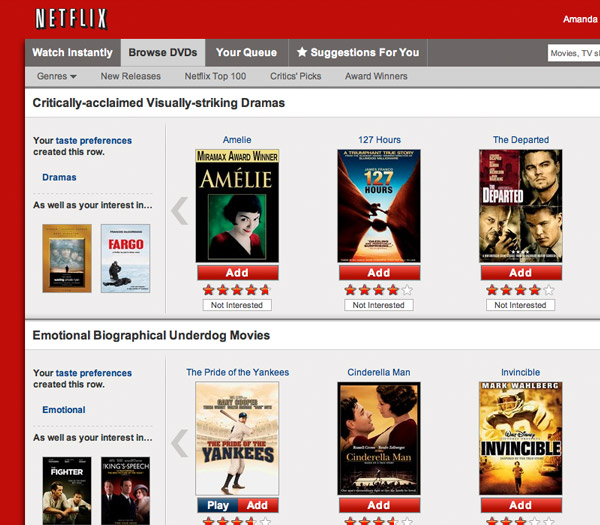 In the Netflix TV experience on the Playstation 3, the text, buttons, and inputs are gone. The only thing remaining in the UI of a movie list is the content (image of each movie). The supporting information is only shown when someone selects a piece of content (a movie). 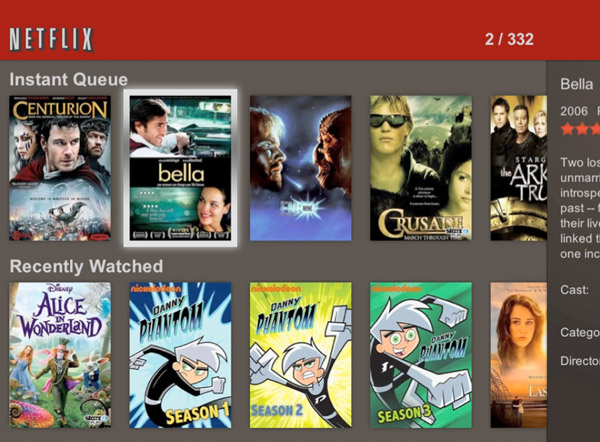 This design approach reflects a natural user interface (NUI) paradigm. NUIs aim to make content itself the interface by turning content into things you can manipulate and act on directly. In a NUI, designers aim to reduce the distance as much as possible between user and content through physical and realistic interactions and by reducing visuals that are not content.

Netflix found their content-centric Playstation 3 design performed great on the TV. Well enough, in fact, that they decided to try a similar design on their Web site. According to Bill Scott's talk at the Web App Masters Tour in Seattle, the content-centric design beat the existing GUI approach across a number of important metrics so Netflix is rolling it out on the Web soon. 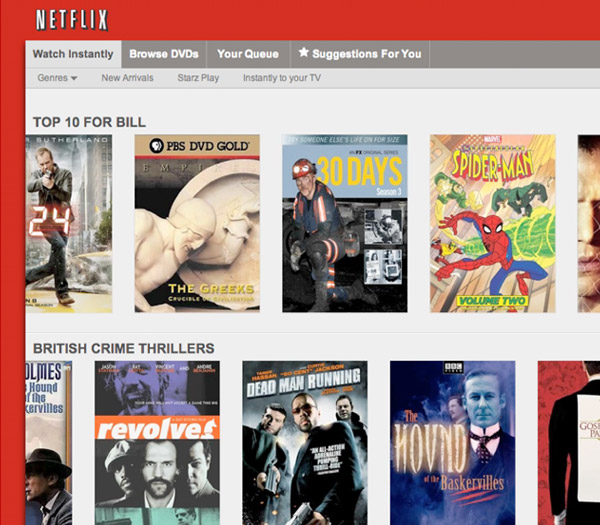 Personally, I thought this was a great example of applying NUI principles to places where GUIs still reign supreme and of learning from different platforms. In today's networked device Web there's plenty of opportunity to try new things and apply what you learn elsewhere. If you're interested in more on Netflix's experience, check out Bill's talk yourself in Minneapolis at the Web App Masters Tour.

Home Home "The commonality between science and art is in trying to see profoundly - to develop strategies of seeing and showing." —Edward Tufte, 2005